The top seven ways you can uniquely save time and money by having the widget.

Just as our Discount Miles Detector is World’s-Best-Widget-Practice for using your miles, FCF’s Discount Fare Detector takes finding great deals and booking them to new heights (if you’ll pardon the pun).

There are only two ways to start your fare search:

FCF’s Discount Fare Detector is the latter. We report on unusually-low tactical airfares based on the findings of our research team. They dive deep into the airlines’ and other websites and trawl for ridiculously low tactical fare sales.

This is not an alternative to Expedia or Priceline, sites that throw any and all fares at you for your particular itinerary. FCF’s Discount Fare Detector gives you only extraordinary opportunities, but it’s also intuitive, giving you lots of options to consider around that itinerary.

1. Save Time by Instantly Knowing Where Hidden Tactical Airfares Are:

Discover the fastest way to the best of the best deals the airlines offer—sometimes priced at little more than coach. Simply put, it pinpoints with precision where the hottest deals are right now at rates up to 80% off.

2. Save Money by Booking When Fares Are Low:

Why search for fares when they are high? FCF’s email alerts, linking to our special report with the Discount Fare Detector, only show fares with huge savings.

3. Save Time by Discovering Hidden Fares That You Can Book in Seconds:

FCF has embedded links to Google Flights (no, we don’t get kickbacks from Google—or anyone else) that allow you to go straight to the hidden fare deal, in as few as three clicks.

Just click on the “Get Deal” button to find one example of the fare—plus the controls on Google you need to search your specific travel dates, airlines, and alternative fare options. After that it’s one more click to the airline’s website, where you can book the ticket fast and easy.

4. Save Time by Seeing at a Glance Which Airlines Are Offering the Best Fares:

The Discount Fare Detector also works for Elites and Airline-Focused Travelers. The widget’s accompanying table lets you skim different airlines on the same routes—perfect for Elites looking for their airlines.

Plus, only top-tier airlines are tracked. You won’t find Air Europa or Copa or Philippine Airlines in our hemisphere, as you do on so many other sites, which are really offering bait-and-switch fares on tier-two carriers. 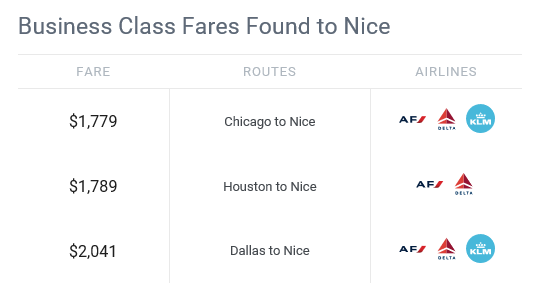 5. Save Time by Seeing Fare Calendars and Availability Density:

Screenshots show you how often a fare is available (i.e. every day, every third day, etc.), so you know if you need to be a little more flexible with dates, or not.

6. Save Even More Time and Money by Stacking Related Opportunities and FCF Strategies:

We link to other relevant First Class Flyer special reports where you can “stack the strategies” and other Upgrade Mindset primers, including:

As you can see, FCF’s Discount Fare Detector gives you all the tactical fare details and lots more, saving you as much time as it does money.

Be informed almost daily via our newsroom of the latest tactical fares our truffle hounds have unearthed. Every day around the world there are more than a million airline fare changes. That’s why our team spends 100-person hours every day researching fares (so you don’t have to).

Take our Discount Fare Detector for a test-flight. We think it’s the best thing since in-flight movies.

See you up front. 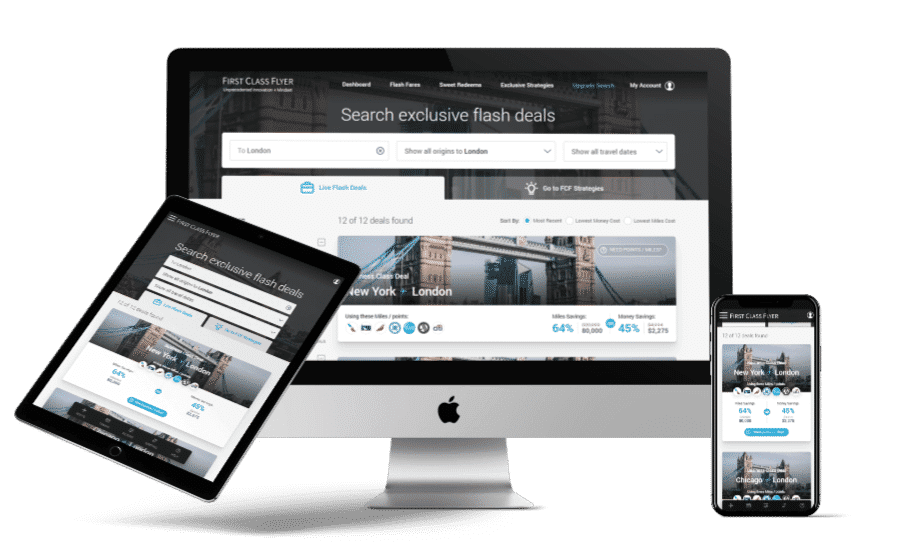